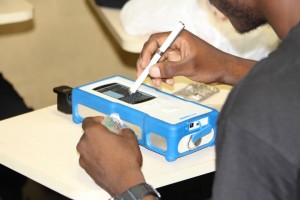 According to the World Health Organization (WHO) Global Surveillance and Monitoring System, an estimated 1 in 10 medical products circulating in low- and middle-income countries are either substandard or counterfeit. The WHO estimates that around 30% of the medicines sold in countries of Asia, Africa, and Latin America are substandard or counterfeit. 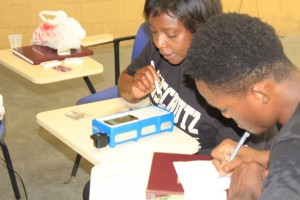 Antibiotics and antimalarials are the most commonly counterfeit medicines; additionally, street markets selling medicines are common practice in many LMICs. Thus, the present pilot study was designed with the main purpose of analyzing the quality of the antimicrobials sold in the street markets in Port-au-Prince, Haiti. A total of 258 packs containing antimicrobials were bought in 28 street markets in Port-au-Prince (Haiti). Tablets and contents of capsules included in 196 packs were analyzed using the NanoRam handheld spectrometer.

Read the full results of the study here

This entry was posted in Handheld Raman. Bookmark the permalink.