Modern engineering is increasingly concerned with device miniaturization and the exploitation of materials at smaller dimensions than ever. At the sub-micron (μm) and atomic scales, the properties of matter begin to diverge from those of the corresponding bulk material. The various resulting phenomena are exploited in countless research and development (R&D) and commercial applications, but few are as widespread and entrenched in daily life as thin films.

As the name suggests, thin films are defined by their thickness, measuring anywhere from a fraction of a nanometre (nm) to several micrometers. One of the most common methods of generating these structures is chemical vapor deposition (CVD), an epitaxial-like method of thin film engineering where gas-phase molecules of material are deposited on a heated substrate under vacuum conditions. Alternative methods include atomic layer deposition (ALD), molecular beam epitaxy (MBE), sputtering, and much more.

With extremely small measurement parameters, thin film analysis generally relies on high-precision optical methods of interrogation. X-ray diffraction (XRD) is an established tool in this field. The general operating principle involves the use of an X-ray beam to non-destructively characterize the composition and geometric properties of a sample as a function of diffraction patterns. 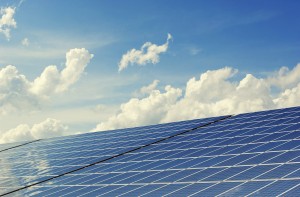 Spectrometric thin film analysis is key to meeting the stringent requirements of typical downstream applications. This is strongly demonstrated in the field of thin-film optics, where nanoscale structures can now be generated on an order of the wavelengths of visible light. The thickness of these interference films can be fine-tuned to create sequential layers that resonate with the desired wavelength, creating highly-selective filters that exclusively transmit light within a narrow range. These dichroic filters are used in a broad range of applications, from precise scientific work to advanced 3D screening technologies.

XRD has proven pivotal in the analysis of artificial heterostructures on various substrates, outstripping the capabilities of most other competing spectroscopic methods. However, Raman spectroscopy has recently emerged as a complementary tool for thin film analysis of both organic and inorganic structures, allowing process and quality controllers to probe various low-frequency excitations in-line. By using a modular spectrometer, it is also possible to carry out reflectance measurements to measure thin films in terms of thickness, for ultra-precise quality control and assurance.

At B&W Tek, we offer a family of portable Raman spectrometers suitable for investigating various critical phenomena in functional and decorative thin films, from optics to photovoltaics. Our tools can assist in online process monitoring and offline quality control, guaranteeing the highest quality at any stage of development. If you would like to learn which of our Raman spectrometers are best suited to your thin film analysis requirements, simply contact a member of our team today.

This entry was posted in Uncategorized, Portable Raman. Bookmark the permalink.